Sacred Heart Mt Druitt is a Catholic systemic primary school in the Diocese of Parramatta providing quality education for children in a Christ-centred environment. 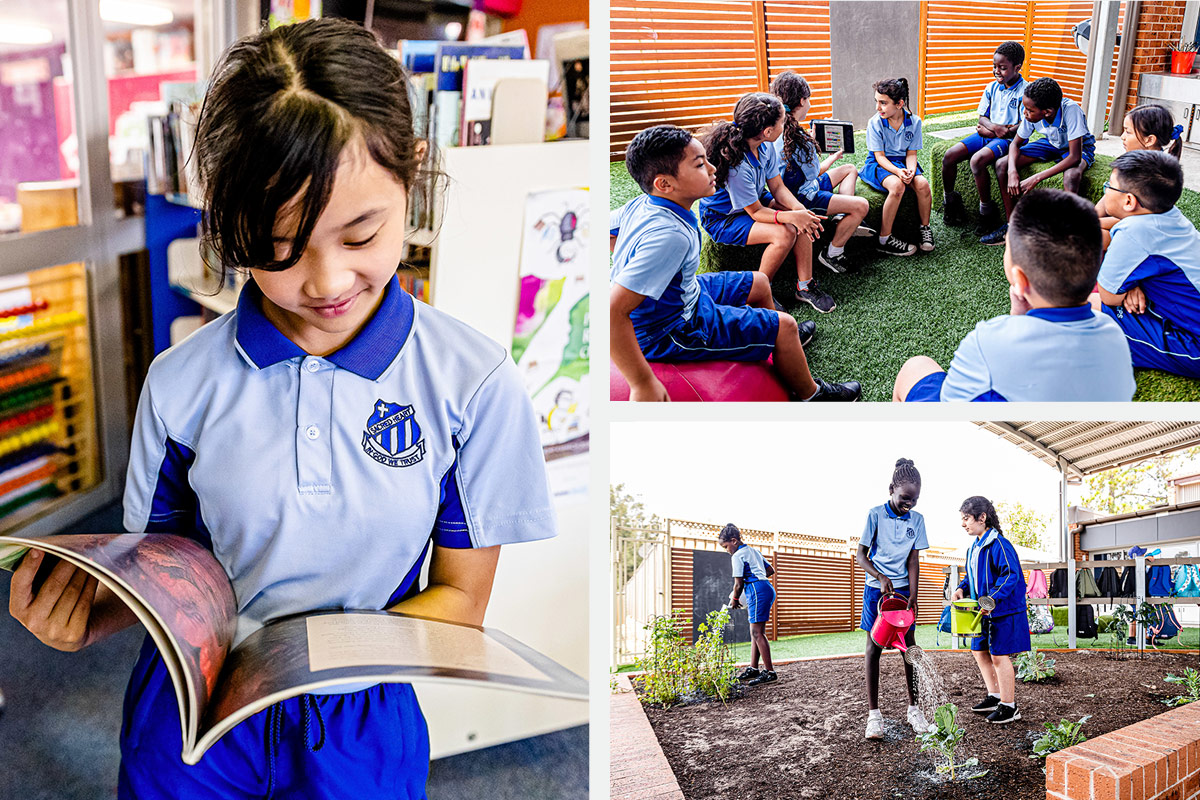 Sacred Heart Catholic Primary School opened in 1983 with two Sisters of St Joseph and two lay teachers.  Classes for one Kindergarten, one Year One and one Year Two were conducted in temporary classrooms.

The construction of Stage One of the permanent school buildings commenced in 1984 and were occupied in 1985.  By 1985, the Principal was the only representative of the Sisters of St Joseph.  Stage Two buildings commenced construction in 1987.  By then there were two classes each of Kindergarten to Year Three, and one each of Year Four, Five and Six.

Sacred Heart Catholic Primary School was also included in the Disadvantaged Schools Program (DSP) from 1987, with successful submissions for Music and a Community Liaison project. Involvement in this project continued in 1988 with the funding for Music and implementation of a Language project being continued along with participation in “Meet-a-Mate”.

The Sisters of St Joseph withdrew in late 1988 and in 1989 a lay principal was appointed. Stage Three of the building project was completed in September 1989 and involvement in the DSP projects continued.

By 1990 student numbers were up to 396 and classes were two stream from Kindergarten to Year Six for the first time. The Official Blessing and Opening of the school buildings took place on Sunday 13th May 1990.  Bishop Bede Heather performed the Blessing and Mr Roger Price M.P. opened the buildings on behalf of the Federal Minister for Education. Sacred Heart’s involvement in the DSP program was discontinued at the end of 1990.

In recent years a major emphasis has been placed on Literacy and Numeracy as well as Religious Education.

In 2007, the school began a major building project which saw the refurbishment of Kindergarten, Year 5, Year 6, Library and Administration block.

The Covered Outdoor Learning Area (COLA) which covers the amphitheatre was redesigned in 2014 to provide a much more useful space for students in various weather conditions. In 2015 a shade structure was constructed adjacent to the basketball court to provide students with additional weather protection.

In October 2016 Information Technology was upgraded in every learning space to include 165cm (65 inch) television monitors connected to Apple TV, wireless document cameras and new iPads. This technology ensures our students are 21st century learners.  By 2017 the school purchased sufficient Chromebooks for every student in Years 3-6.  This program was extended to include Year 1 and 2 students in 2019.

In Term 2, 2017 a major refurbishment of two buildings was undertaken.  Stage 3, Years 5 and 6, moved into their new agile learning space in late November 2017 and Stage 2, Years 3 and 4, occupied their agile learning space in May 2018.  These agile learning spaces are purpose built for 21st Century learning and teaching.  In 2020 the softfall in front of the MPLA was replaced with artificial turf, with handball courts and a Tossball Tower being installed.

Send us an email

Sign up to E-News and have all the latest news and upcoming events from Sacred Heart Primary delivered straight to your email inbox. What a time saver!